With quite a bit of a shock going through the market regarding the Telefónica/BT deal, it didn’t take Vittorio Collao long to have a similarly heavy deal on the table. Vodafone seems to be weighing takeover of  Liberty Global according to Bloomberg: “Vodafone Group Plc (VOD) is exploring a combination with John Malone’s Liberty Global Plc (LBTYA) that would create Europe’s largest phone, Internet and TV company, worth more than $130 billion, people with knowledge of the matter said.” At least, the shares of vodafone won 2.9% on the London… Read more Vodafone Weighing Takeover of Malone’s Liberty Global → 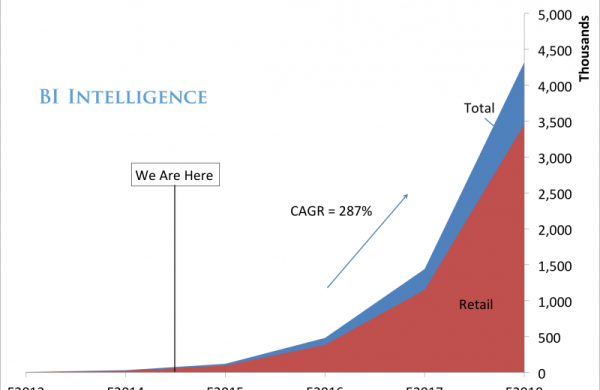 US forecast on beacons is impressive. Reaction mixed. Business Intelligence the driver.

The reaction is a mixed one. As in most new technologies these days, there is a need to consider the ownership of private data above and beyond commercial interests. The… Read more US forecast on beacons is impressive. Reaction mixed. Business Intelligence the driver. →

Things are moving quick in the mobile world. Interoperability is an issue in the Voice over LTE world, as it has always been in cellular communication. Currently, the standards that were pretty constant in the “old world” of GSM, have been drifting apart fairly quick, and the TMF has been asked to push “the toothpaste back into the tube” by making standards globally accepted, while many carriers rather enter into bilateral agreements than spend time on standardization issues. Nevertheless, TMF have been fairly good at doing precisely that. Yet, here… Read more AT&T, Verizon agree to VoLTE interoperability in 2015 → 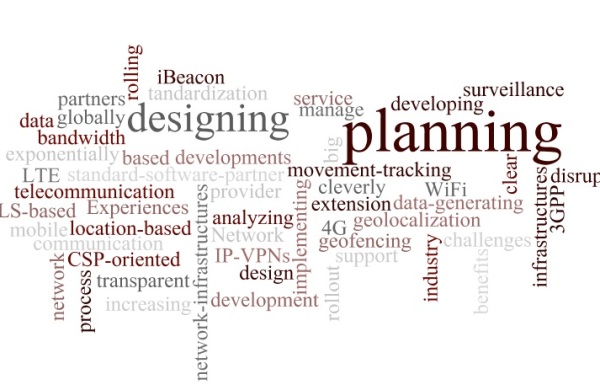 Network (extension) Planning, Design Development and Rollout as an Agile Challenge One of the Experiences in R&P comes from our past experience in designing, planning and developing and later rolling… Read more Move over, network planning! →

Smart Positioning Technology Is Coming to an exhibition hall near you

Let’s assume you are visiting mobile world congress. It is ice cold outside and ho in the different halls, and your appointments are shattered all over the place. If you are as challenged to really read and understand maps as I am, you have this moment of truth, when you realize you have absolutely no idea which partner to meet where first, even if it is neatly documented by your secretary in your agenda. Where was booth J203 again? Hall 7 or 23? And which is the best way of… Read more Smart Positioning Technology Is Coming to an exhibition hall near you →

Using connected light bulbs as iBeacons offers a high-resolution way to surveil a space, argues Joseph. “It’s the same functionality as any other iBeacon except it’s a higher resolution… There are more bulbs in any space than any other electronic device because of how numerous they are.” “The two biggest applications we see is in the retail sector to measure foot traffic and motion throughout a store. As well as with the iBeacon part of it being able to have that interactivity with their customers. The big thing here is… Read more Stack’s Smart Sensor-Packed Light Bulbs Run Autonomously, No App Interactions Required | TechCrunch →