Demands in staffing IT projects: BI and security on top 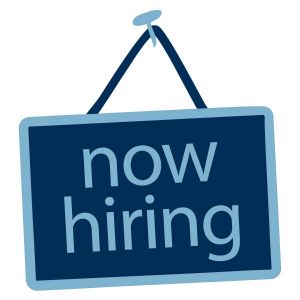 Recent studies show, that there is a shift in demands for the straffing industry, especially when it comes to the types of skills required by the market. While enterprises and governments alike are frantically struggling to close their gaps in their workforce, it is good that industry analysts have looked into the type of IT relateds skills are coming out on top.

With the Internet of Things and Industry 4.0 being all over the press, it would have seemed obvious to see these topics having an impact on skills required by the staffing market, too. But, alas, the surprising find is that the actual demands are more in the areas propelled by these industry buzzwords: It seems clear that the IoT is generating mountains of data and there is perceved risk associated with industry 4.o.

So the top IT roles being searchd for are clearly related to the areas behind the buzzwords, and the challenges are finding the right staff covering the data analytics and the security part of the work:

Among buyers that indicated the greatest share of their contingent workforce spend was on workers with IT skills, the skill most cited as difficult to recruit was data/data science, including specific roles such as data scientist, data specialist and data architect. While the concept of “big data” has been around for a while, enterprises across a broadening range of industries are becoming more cognizant of the need to strategically leverage the tremendous volumes of information they generate. Meanwhile, the Internet of Things — many of which are inside our homes or on our person — has created new streams of data to be captured, curated and analyzed.

Second on the list was information security, which had twice the number of mentions it received in 2014. Despite the number of high-profile private and public sector data security breaches over the last few years, our checks indicated that this had not been a major source of demand for staffing suppliers. Rather, the bulk of business in this area had been going to IT consulting firms and systems integrators, as most organizations remained in the conceptual stage with regard to their information security policies and systems. The increase in recruiting focus in 2015 suggests that we may have reached something of an inflection point in the transition from planning to implementation.

Java specialists and general project managers are also fairly difficult to find – with the former being a surprise and the latter a long time trend.