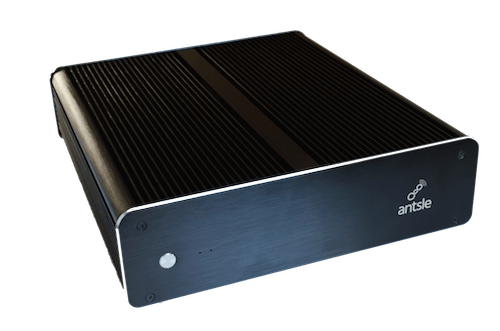 Once in a while, things happen that have incredible potential, and a couple of months down the road, everyone thinks “I could have had this idea!”. Antsle is one of… Read more Why we endorse Antsle →

Heise and Aftenposten  both report on IMSI catchers that have been detected in Norways government quarter. Now, given that anybody with a few thousand Euro in their hands can build such an IMSI catcher (which is capable of catching much more than just an IMSI, the unique mobile identification number of a cellphone, but can actually serve as a listening device to conversations and tape streams of voice-data), it is not neglect that is to be seen. In fact, it is an inability to see attacks while they are happening… Read more Surveillance in Oslo Government Quarter shows inadequate mindset to issues →

Network (extension) Planning, Design Development and Rollout as an Agile Challenge One of the Experiences in R&P comes from our past experience in designing, planning and developing and later rolling… Read more Move over, network planning! →

Andrew S. Tanenbaum publishes Minix 3.3.0. Tanenbaum is one of the lighthouse open source folks out there (don’t forget: his last university lecture is coming up in the Aula of Vrije Universiteit – and we are invited for free coffee!). Minix is cool, based on a microkernel of less than 13,00 LOC. It is largely compatible with NetBSD, and runs thousands of packages. Does ARM, too. Go get it.

The roadmap looks too good to be true, but the developers seem to be serious. They have taken the approach through the first months, delivered on their promises and now are trying out how far they can venture. Mailpile Beta is now open for the general public. These are the goals, they have set for themselves: Basics: It should be safe, easy and convenient to read, write, search and organize your e-mail. People should be able to communicate privately. For e-mail that means: Delivery: Messages are delivered intact and in… Read more Mailpile: A bold approach for email privacy →

Is IRC back, just now in professional attire?

This sounds, like IRC is back – just in a professional way and already connected to everything a development team could dream of. It has just about everything conected, from… Read more Is IRC back, just now in professional attire? →

PGP needs to die – some unconventional thoughts on email encryption

Matthew Green has a  a Few Thoughts on Cryptographic Engineering: What’s the matter with PGP?. Most of the thoughts are pretty good. Some are a bit questionable, especially the necessary trust in the Google, Yahoo and Whatsapp/Facebook apps. Many of the voiced concerns are very valid, though and the blog posting worth a read.

I used to be on MS Windows. Since many years I have been able to avoid it, first by using some great NeXT  boxes (cube and colorstation) and then, after… Read more Skype infinite loop →